What is noninvasive prenatal screening (NIPS)?

As your cells break down, the DNA fragments contained within them escape into your bloodstream. These fragments are commonly referred to as cell-free DNA or cfDNA. During pregnancy, your bloodstream contains DNA fragments from both you and your baby. Using NIPS, this DNA provides you with a unique opportunity to assess the risk of genetic abnormalities early so you can avoid potentially harmful procedures like CVS or amniocentesis. With a single blood draw, we can analyze the genetic information contained in your baby’s DNA to screen for chromosomal disorders, helping you make informed decisions about you and your baby’s health.

It’s important to note that NIPS is a screening test which means that the results are not considered a diagnosis – they are an assessment of risk. You should work together with your healthcare provider to interpret the results and decide whether additional tests are necessary. 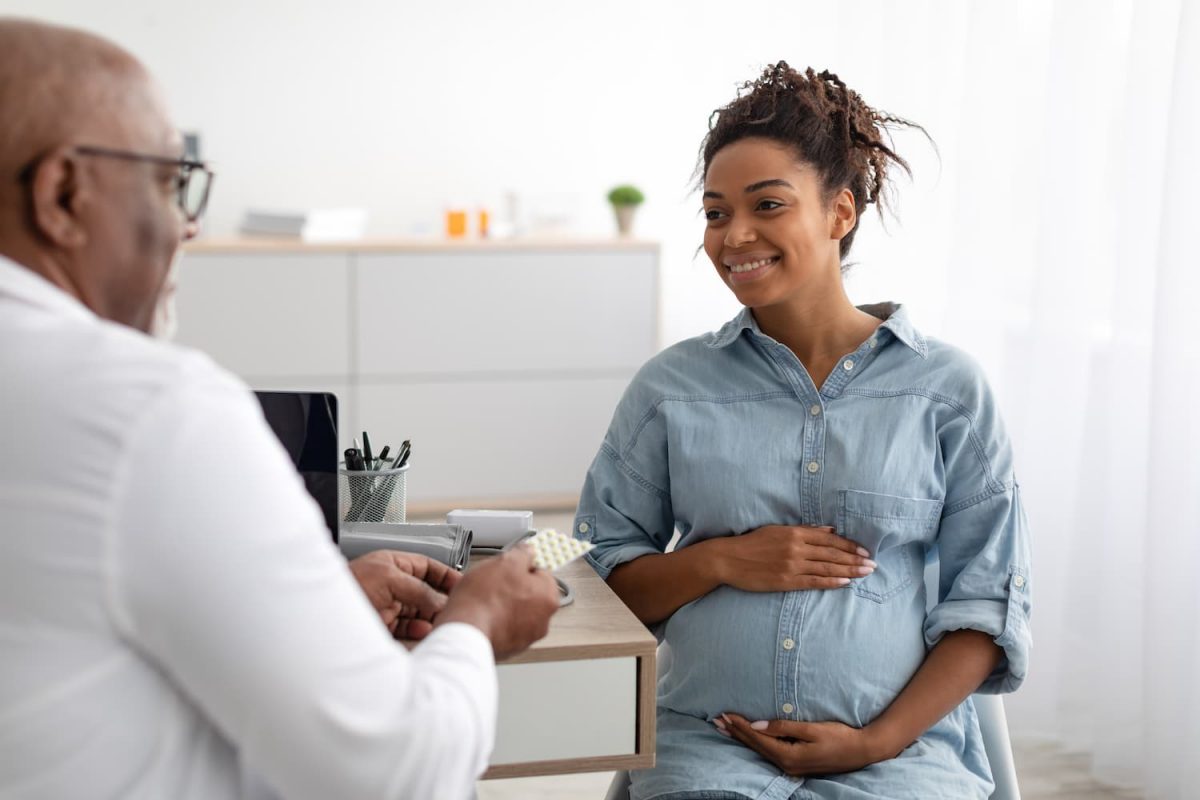 What conditions are screened for?

Verifi™ screens for the following:

With Verifi Plus™, you get all of the aneuploidies reported on in Verifi™, with the addition of any of the following:

Babies with trisomy 18, also called Edwards syndrome, have three copies of chromosome 18 abnormalities and have severe intellectual disabilities and birth defects in many parts of the body. Individuals with trisomy 18 often have slow growth before birth (intrauterine growth retardation) and a low birth weight. Affected individuals may have heart defects and abnormalities of other organs that develop before birth. Other features of trisomy 18 include a small, abnormally shaped head; a small jaw and mouth; and clenched fists with overlapping fingers. Due to the presence of several life-threatening medical problems, many individuals with trisomy 18 die before birth or within their first month. Five to 10 percent of children with this condition live past their first year, and these children often have severe intellectual disability. Trisomy 18 occurs in approximately 1 in 3,000 live births.

Babies with trisomy 13, also called Patau syndrome, have three copies of chromosome 13 and severe intellectual disability and physical abnormalities in many parts of the body. Individuals with trisomy 13 often have heart defects, brain or spinal cord abnormalities, very small or poorly developed eyes (microphthalmia), extra fingers or toes, an opening in the lip (a cleft lip) with or without an opening in the roof of the mouth (a cleft palate), and weak muscle tone (hypotonia). Due to the presence of several life-threatening medical problems, many infants with trisomy 13 die within their first days or weeks of life. Only five percent to 10 percent of children with this condition live past their first year. Trisomy 13 occurs in approximately 1 in 5,000 live births.

Babies with monosomy X, also called Turner syndrome, is a condition that affects only females, and results when one of the X chromosomes is missing or partially missing. Turner syndrome can cause a variety of medical and developmental problems, including short height, failure of the ovaries to develop and heart defects. a high proportion of pregnancies with monosomy X will result in a miscarriage in the first or second trimester of pregnancy.

Babies with XYY syndrome, also called Jacob’s syndrome, is chromosomal disorder that affects males. It is caused by the presence of an extra Y chromosome. Males normally have one X and one Y chromosome. Children with XYY could be taller than average and have an increased chance for learning, speech, and behavioral problems. Approximately 1 in 1,300 babies will be born with XYY syndrome.

Verifi Plus screens all chromosomes to detect any trisomies that aren't covered in the Verifi screen.

15q11.2 deletion syndrome, also called Burnside Butler syndrome, is a chromosome abnormality in which a tiny piece of genetic material on the long arm of chromosome 15 (at a location designated q11.2) is missing (deleted). The features of people with a 15q11.2 microdeletion vary widely. The most common features include developmental, motor, and language delays; behavior and emotional problems; attention deficit disorders; and autism spectrum disorder. Other features may include birth defects and seizures. However, some people have no apparent physical, learning, or behavior problems. A 15q11.2 microdeletion may occur randomly for the first time in an affected person, or it may be inherited from a parent.

22q11.2 deletion syndrome, also called DiGeorge syndrome or Velo-Cardio-Facial syndrome (VCFS), is a chromosome abnormality in which a tiny piece of genetic material on the long arm of chromosome 22 (at a location designated q11.2) is missing (deleted). While the symptoms can vary, they often include congenital heart problems, specific facial features, frequent infections, developmental delay, learning problems and cleft palate. Associated conditions include kidney problems, schizophrenia, hearing loss and autoimmune disorders such as rheumatoid arthritis or Graves' disease. About one in five children with 22q11.2 deletion syndrome have autism spectrum disorder; 1 in 4 adults with 22q11.2 deletion syndrome have a psychiatric illness, like schizophrenia.

4p16.3 deletion syndrome, also called Wolf-Hirschhorn syndrome, results from the deletion of genetic material on the short p arm of chromosome 4. It has a highly variable phenotype, principally characterized by psychomotor and language delay, seizures and dysmorphic features such as high forehead with frontal bossing (prominent forehead), ocular hypertelorism (increased distance between two body parts), prominent glabella (area of skin between the eyebrows and above the nose), long narrow palpebral fissures (the area between the open eyelids), low set ears and short neck. Eye abnormalities (glaucoma, irregular iris pigmentation, hyperopia) have also been reported. 4p16.3 syndrome occurs in approximately 1 in 20,000 to 1 in 50,000 birth.

5p15.2 deletion syndrome, also called Cri-du-chat syndrome is a genetic disorder caused by the loss of a fragment of the p short arm of chromosome 5 (region 5p15.2). Common symptoms include a distinctive cry that resembles the mewing of a cat, characteristic facial features, slow growth, and microcephaly, a condition that indicates that head circumference is smaller than would be expected for an infant’s age and sex. Affected children also exhibit delays in the acquisition of skills requiring the coordination of muscular and mental activities (psychomotor disability) and moderate to severe intellectual disability. Additional symptoms affecting different organ systems of the body can also occur. The prevalence is estimated at 1 in 15,000-50,000 births.

Who should get noninvasive prenatal screening?

There are some cases where getting screened is even more important: 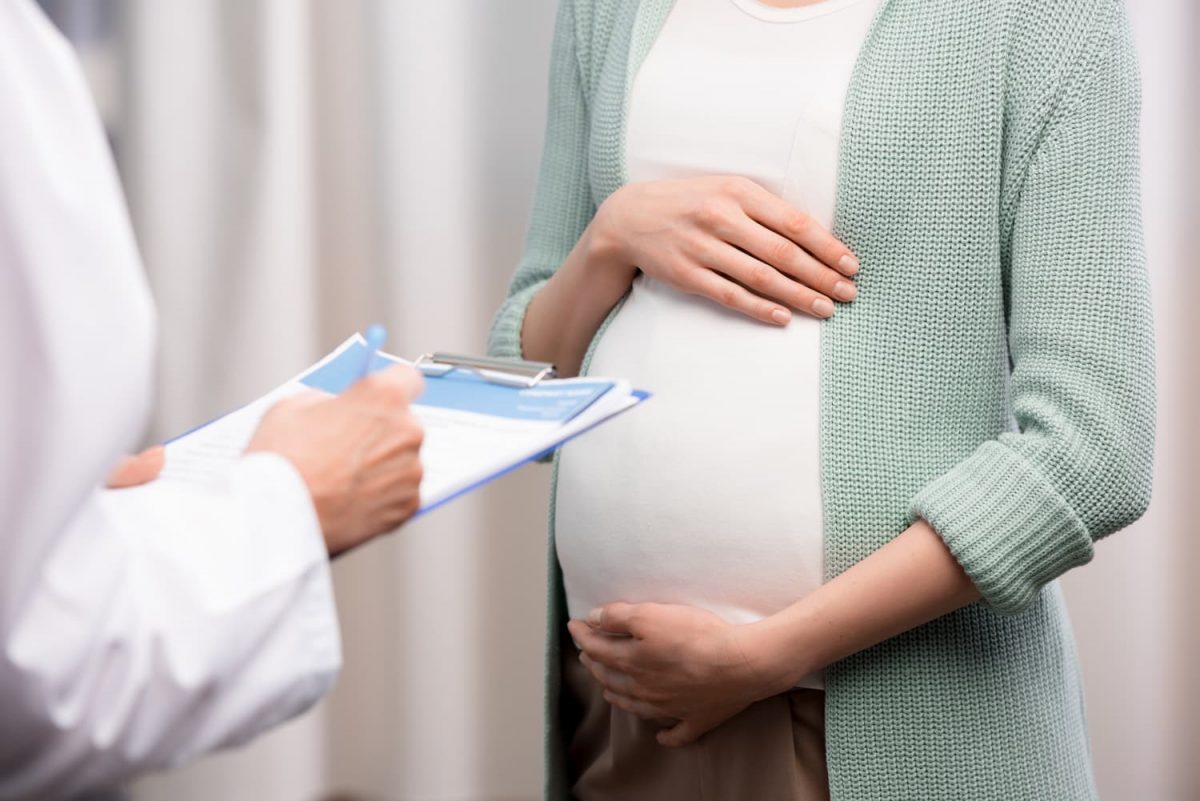 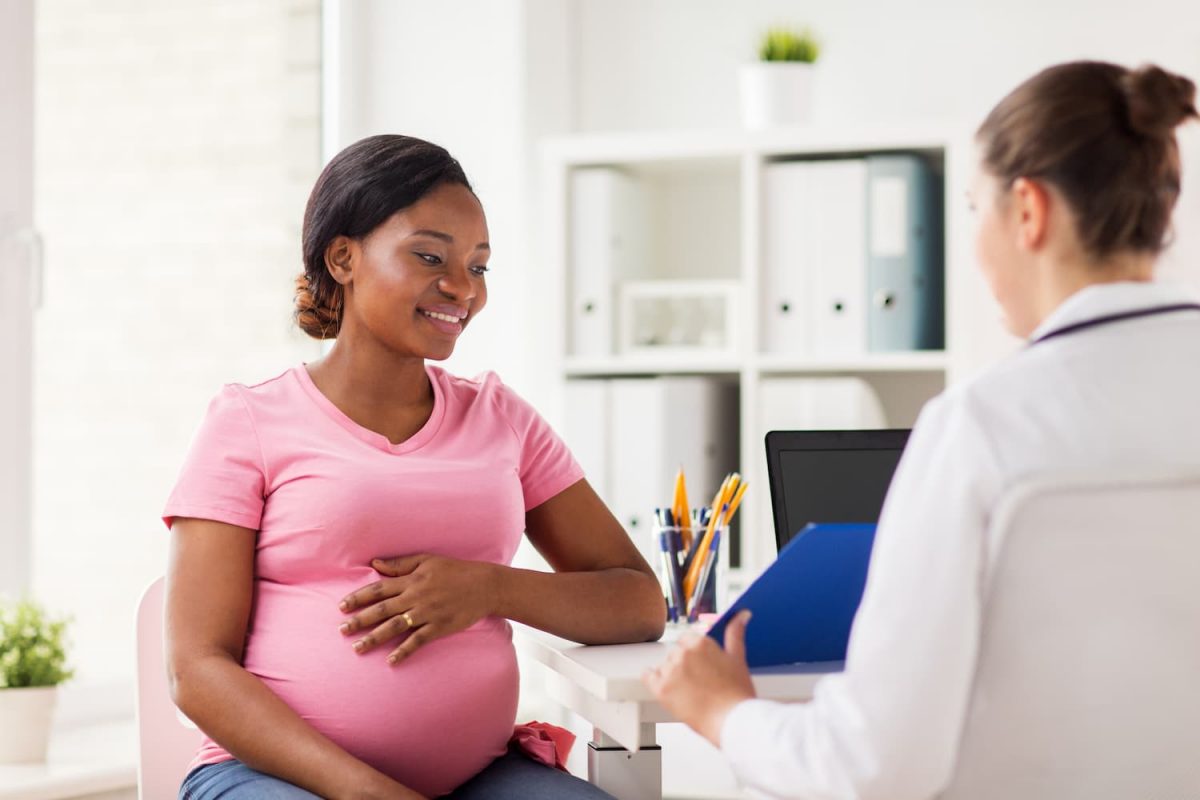 Interested in learning more about NIPS/NIPT? Check out our resource section below.

The 4 Reasons Why NIPT is Important for All Expectant Mothers 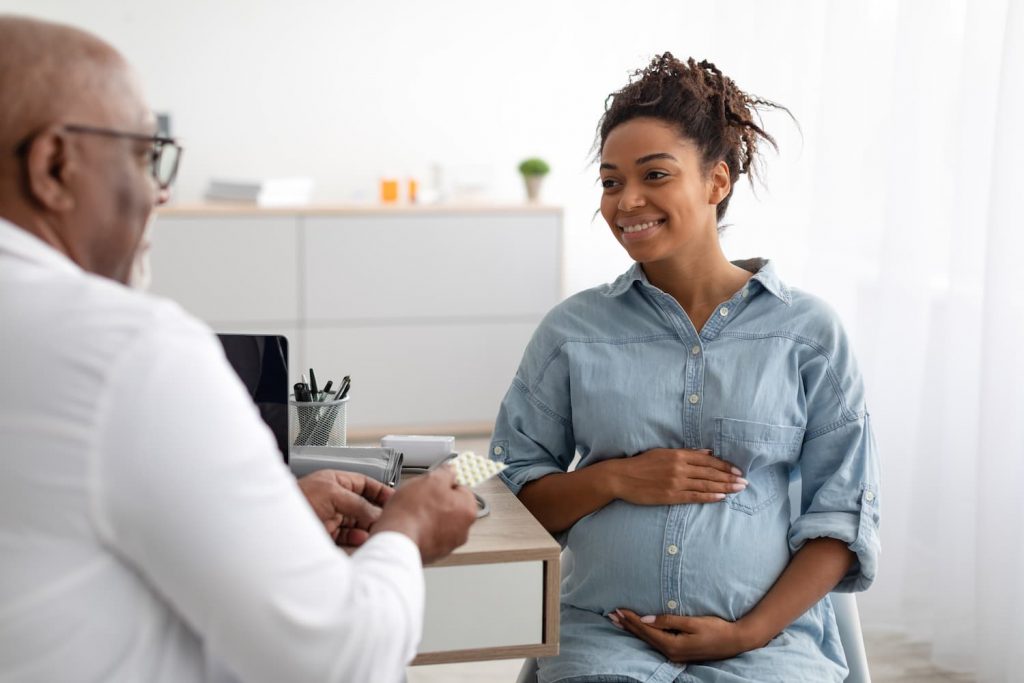 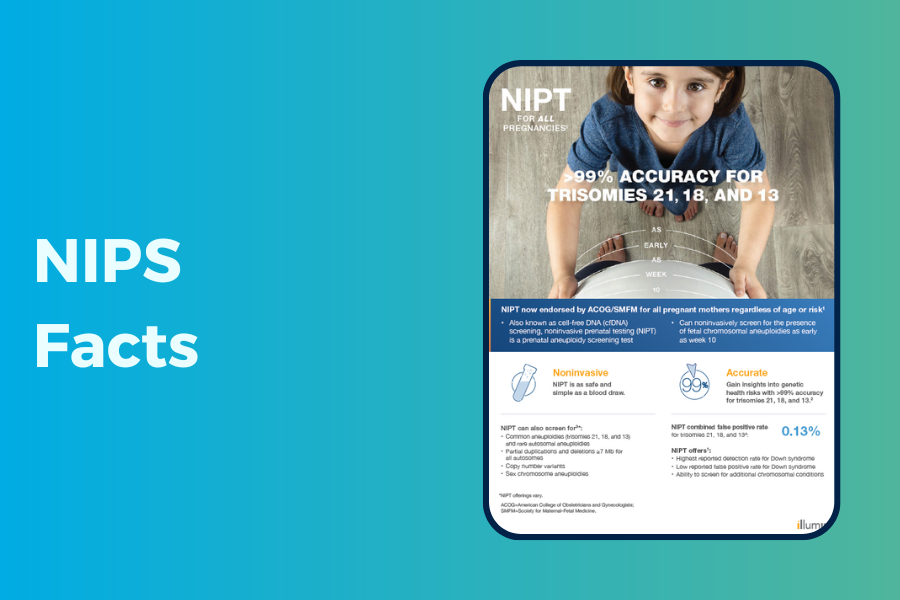 Want to learn more about Verifi™?